I found a Chinese finger trap in my kids’ leftover party decorations the other day and, on a whim to avoid my present responsibilities, I felt drawn to playing with it. Naturally, my mind wandered to birth, which is pretty normal… but it seemed like the finger trap was trying to tell me something important.

If you’re not already familiar with the Chinese finger trap, it’s a child’s toy used for practical jokes. Shaped like a small cylinder, it’s made of a woven braid of straw, bamboo, or paper. It’s name derives from the purported inventor (a Chinese philosopher), though you may have also heard it called “Chinese handcuff,” “natch,” “thumb cuff,” or “trap suture.”

The way it works is you stick a forefinger in each end; it tightens the harder you pull to release, and you are effectively ‘trapped.’ It’s a tricky little puzzle that sometimes requires a little help from a more experienced friend to escape.

So what does a Chinese finger trap tell us about birth?

First, it shows us firsthand what it means to surrender. The more you tense up, the more you resist, the greater the struggle and anxiety. The only way to release from the trap is to accept your position, mentally and physically surrender to the scenario that has your fingers tightly encased.

The Power of Your Mind

When fearful and engaged in fight or flight mode, contractions may be felt as gripping, shrinking, restricting, warping, abnormally painful… When able to fully relax, they may be perceived quite differently. Instead of restricting, labor sensations can feel like an opening, blooming, or enlarging (just like when the finger trap widens to relieve your fingers).

When you think of contractions in a positive way — such as rhythmic waves or a uterine hug for your baby — the oxytocin rises and your body generates more feel-good hormones to lessen pain.

This is reflected in finger trap mechanics: a change in attitude (it’s a hug for my fingers, not a panic-inducing trap) is key to getting through it.

Visualization is a great labor tool for this exact purpose!

Once you’ve achieved surrender, you can work with the trap. If you’ve used one before, you know you must gently push your fingers together, which widens the material enough to slip your fingers out.

It’s been shown that movement benefits labor progress, whereas laying still and flat on one’s back increases chance of labor stalling. What happens when you keep your fingers still in the trap? Nothing — they remain stuck.

Instead try giving it a little jiggle, open the trap, shimmy it off.  In labor, it’s the same thing: move instinctively, jiggle intentionally, adopt pelvis-opening postures, shimmy baby down.

This one’s a little obvious. Tighten and release: this is the intention of finger traps and, incidentally, the general pattern of labor waves.

Of course, these waves accomplish much more than just contracting over and over again. They pull up to dilate the cervix, bunch muscles up at the tippy-top of the uterus to move baby down, and get him or her where s/he needs to go.

Does this pulling and bunching sound familiar? If you’re using the finger trap correctly, your ‘contractions’ will get your fingers where they need to go.

Did you know the uterus is not a single layer of tissue? Like the intricate braiding of a Chinese finger trap, it’s a triple-layered organ made of many strong bands of alternating muscle fibers.

A finger trap is strong enough to immobilize (part of) a grown human, especially one who attempts to fuss it into compliance. Likewise, excessive birth interventions often leave a laborer with limited mobility, so treat the uterus with respect for her natural abilities and she is better able to carry you through more gracefully.

Shifting gears a bit: now let’s think about the Chinese finger trap in relation to the birth canal.

Kegeling (along with regular squatting) helps tone the pelvic floor and strengthen the vaginal wall. In my birth classes, I teach about the importance of regular kegel exercises for birth and how to perform them properly.

So next time you kegel, think of your vagina as a Chinese finger trap (silly, yes — but helpful, also yes). I won’t get into all the nuts and bolts of kegeling, but as you isolate your muscles elevator-style, imagine pulling your finger taut in a Chinese finger trap. As you release each muscle in the areas connected to the pelvic bowl, imagine softening your finger in the trap to loosen its container. It’s crucial to learn to fully relax the kegel muscles after squeezing them!

Test yourself at the end: did you manage to “fully escape the trap,” or are your kegel muscles still holding residual tension?

The first time you were pranked with a Chinese finger trap, did you know what to do? Most likely, your initial reaction was to pull your fingers apart, and proceed to panic as you pumped and yanked those fingers with increasingly worse result. At this point, you probably exclaimed, “What the heck do I do?! Do I need to cut myself out of this thing?”

This is when your finger trap doula stepped in and explained the simplicity of it all: “Just relax.” Easier said than done, right? Especially after getting all worked up!

They probably then reassured you with some education: 1) you’re not trapped, this is supposed to happen, no cutting needed; 2) surrender and accept; 3) don’t fight it, work with it; 4) move gently to open.

See where I’m going with this? A supportive birth team (care provider, partner, doula, childbirth educator, etc) can be the heavy-hitting factor that turns a nightmare into a dream. Asking for help is not for the weak!

And finally, knowledge is power. Had you known about finger trap logistics beforehand, your first foray with one would’ve gone more smoothly. In other words, don’t wait to take a comprehensive birth class! 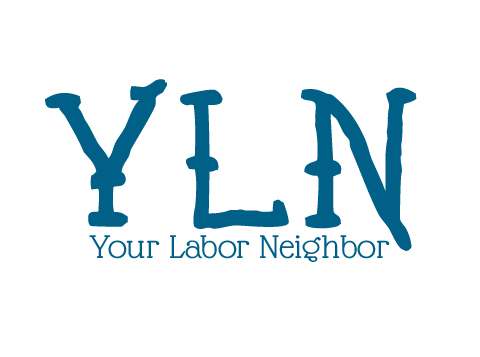 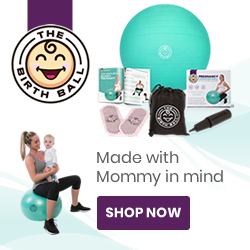 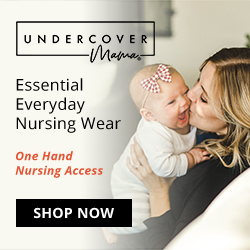